Home Blog What You Need to Know About Transsexual Prostitution

What You Need to Know About Transsexual Prostitution 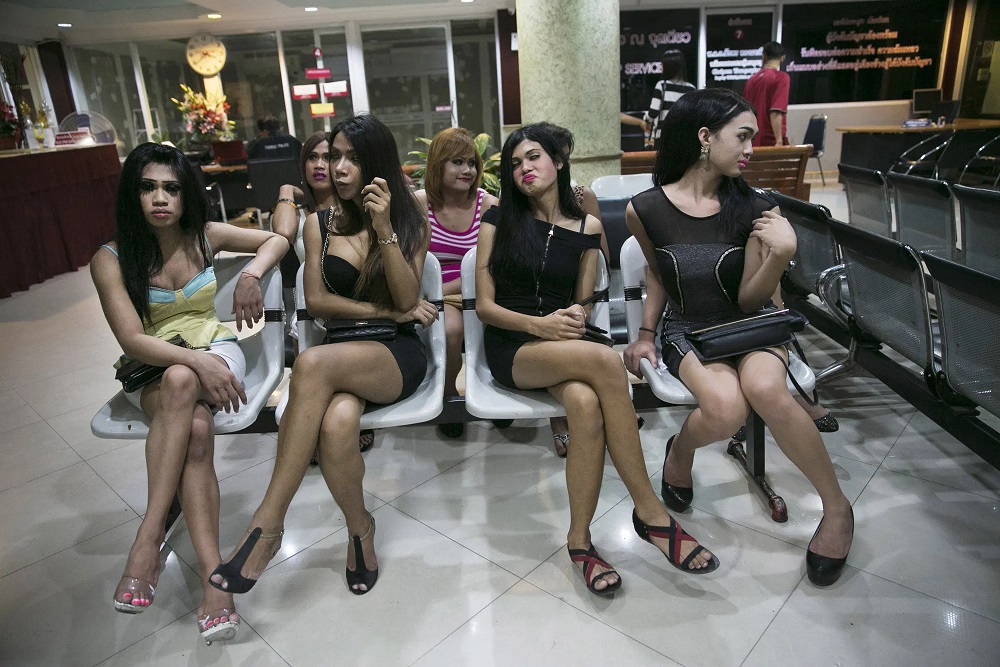 Causes and Effects of Transsexual Prostitution

Wandering down the streets of West Virginia Avenue, it’s such a common scene to spot transgender women and female sex workers alike holding a bag of condoms and a stack of business cards. Waiting for their steady trickle of clients, these women take over the darkest alleyways and street corners every night, hoping to win some quick cash for the rent.

The US seems to be a promising land for transgender prostitutes to get some cash out. With escalating threats regarding safety, harassment, police intimidation, these transsexual prostitutes have undergone a great deal of insecurity that not many people understand.

To give you a quick look into the infamous life of these transgender sex workers, here’s a quick rundown of the causes and effects that these trannies are going through when hitting the streets to survive.

Deriving in many different forms, transsexuals existed on a spectrum of behaviors. This could either by occasional cross-dressing to pass in public disguised as a female or name changes.

However, transsexual women usually turn to prostitution as a response to economic survival. Other than this, gender discrimination, abuse, and harassment followed as some of the top reasons pushing trannies to the streets to survive.

Another reason transsexual women are forced to feed their mouths on their bodies is financial incentives. You probably know that hormone injections and plastic surgeries to change one’s gender identity are not a walk in the park.

Most of the time, the cost to change one’s gender climbs to the top of the stair. For that reason, these transsexual have to rely on the quick calls from these temporary clients to maintain the desired feminine appearance.

One more thing you should not overlook is that physical and mental abuse doesn’t only come from strangers. In many cases, trannies are forced to expose their bodies for survival because they have experienced rejection, discrimination, stigmas, and emotional attack by their blood families. Without proper support or a place to live, transsexuals have to pursue prostitution as a means of survival.

Last but not least, working as a prostitute allows these trannies to fulfill their inner desire as a woman. Love it or hate it, being in the darkest industry like this is not easy for everyone, both as a straight or a transgender. Read on to find some of the effects these transsexual women have to face when working in this public workforce.

Let’s take the United States as a sample! Most transsexual sex workers are much likely to experience drug abuse, PTSD levels, poverty, and mental health. In terms of race and ethnicity, trannies of colour are more vulnerable to HIV infection.

Culture, racism, sexism, and transphobia also top the list as the top factors that generate unique needs for these transsexual prostitutes.

Imbalance in welfare, health care, and safety let transgender sex workers be the most vulnerable populations in big countries such as America. With limited access to social benefits, discrimination, HIV prevalence, violence, and social marginalization, tranny sex workers are left with very few choices to be treated with care and respect.

Even in the sex industry, transsexual workers don’t have many places and options regarding clients and location. They cannot point and pick someone they are happy to go home with or demand an amount of money they desire. The least desirable demand forces trannies to earn the lowest on the status hierarchy of prostitution.

Trannies are often regarded as street-level prostitutes. And as mentioned above, physical and emotional violence and harassment from clients or other straight prostitutes may happen daily.

Sometimes, transgender sex workers reveal that they are attacked with weapons and violence when the clients find out that they are biologically male. Knives, razors, physical beatings always get in the way.

Finally, when it comes to police’s business, things don’t seem to get better. These officers are also likely to harass and involve physical violence if there’s any case to do with transgender prostitutes. If these trannies are arrested, they would be demanded a free sexual favor in exchange to be released.

Working as prostitutes contains a lot of downsides and many of which are not likely to be solved. Now you have a quick insight into what it’s like to be a transsexual sex worker.